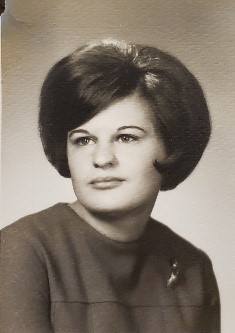 Theresa (Terry) Kay Ubl was born May 1, 1949 in Grafton, North Dakota to Felix and Laura (Howard) Kertz.  She grew up and attended school in Edinburg, North Dakota.  She later lived in Devils Lake where she became an LPN.  She continued her education in St. Paul, Minnesota where she became a Registered Nurse.  She enjoyed caring for her patients in both nursing home and hospital settings, and retired from the field in 2003. Terry enjoyed feeding the wildlife in her yard, tinkering with house projects, sewing, baking and spending time with the grandkids. She attended St. Patrick Catholic Church in Oak Grove and volunteered at Manna Market at Trinity Lutheran Church in St. Francis.  Theresa will be dearly missed.

Theresa passed away March 18, 2021 at home at the age of 71 years, 10 months and 17 days. Besides her parents she was preceded in death by 2 siblings, Frances Kertz and John Kertz; and a brother-in-law, Michael Toubbeh.

Lunch will be served in the Social Hall following burial.