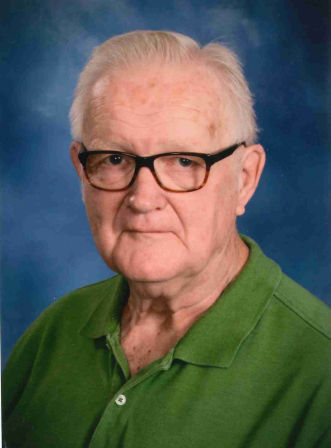 Ralph Gamble was born October 10, 1936 in Minneapolis, Minnesota to Ray & Elizabeth (deGrood) Gamble. He grew up in Minneapolis and graduated from DeLaSalle High School in 1954. He served in the National Guard and then was drafted into the Army and served a bit over two years due to the Berlin Wall being constructed, which delayed his discharge. While he was working at Prudential Insurance he met LaVonne M Lombard and they married on May 1, 1965. Their first home was in South Minneapolis. In 1978 they moved to Oak Grove, where he assisted in the construction of the family home. He and LaVonne very much enjoyed life and raising their family there. He raised chickens for several years (plus the best turkeys ever, for 2 of the years) while the family was growing. He was a mainframe computer programmer and worked for several different companies throughout his career including Land O’ Lakes, NCR Comten and U of M Hospitals/Fairview from where he retired in 2003. He was a very active member of St. Patrick’s Catholic Church with the Knights of Columbus, Youth Group, Choir, and several other groups. He loved his family, learning several languages and had a huge curiosity of learning many things. He was a good volunteer at church and at his children’s and grandchildren’s schools. He regularly donated blood and had donated over 41 gallons with Memorial Blood Centers. His happiest times were when surrounded by as much family as possible. They were also very fortunate to have enjoyed many of their retirement years at their cabin.