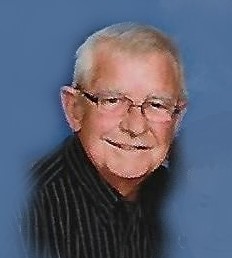 Bing was raised in Longville, Minnesota on a farm with his five brothers and one sister.  Growing up, Bing loved taking care of their farm animals, hunting, and causing trouble with his brothers and friends.  In 1964, Bing joined the U.S. Army and was stationed in Germany during the Vietnam War.

Soon after returning from his duties overseas in 1966, Bing moved to Minneapolis, Minnesota and began working at Wallboard, Inc. as a boom truck driver.  After hauling Sheetrock for a few years, Bing was asked to work inside Wallboard’s main office as the head dispatcher and supervisor.  Bing loved working for Wallboard and did so for 50 years.  He made many friends within the industry and considered his co-workers to be his second family.

In 1970, Bing married Carolyn and settled in Cedar, Minnesota where they raised their three children.  Bing was a devoted husband and loving father.  His children meant the world to him and he made sure they knew it every day.  Outside of work and family, Bing loved hunting, four-wheeling, and just putzing around in the woods in Longville.  Bing was a big fan of the Minnesota Wild, Minnesota Vikings, and NASCAR.  He loved working in his garden, which he was very proud of.  Bing also greatly enjoyed the casino and spending time with his brothers, extended family, and Wallboard family.

In addition to his parents, Roy and Madge (Myers) Slagle, Bing was preceded in death by his wife, Carolyn Slagle; son, Shane Slagle; sister, Lois “Tilly” Roller; brothers, Ronald, Roy “Bud”, and Richard “Dick” Slagle; and nephew, Casey Slagle.  He is survived by his daughters, Heidi and Hope Slagle; brothers, Donald “Faley”, Myron “Ben”, and Darrell “Dean” Slagle; and many relatives and friends.