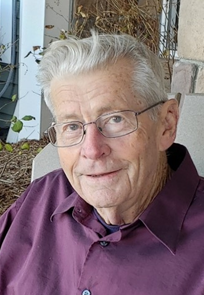 Jerome ‘Jerry’ Vincent Koltes of Andover MN passed away peacefully in his sleep late on April 27, 2022. Jerome was born on October 24th, 1938, in a small farming town named Tintah, MN. He was the fourth child to Matt and Gertrude Koltes. They lived on a farm and went to elementary school in a one room schoolhouse (probably had to walk uphill both ways, in the snow!). Living on the farm was hard work but he loved it. He would talk about getting up early before school to milk the cows and feed the other animals. He always talked about the Allis Chalmers tractor they had on the farm.

After the Air Force, he came back to Minneapolis and started working. In the summer of 1962, he met Mary Lang on a blind date. This was the date that would change his life forever. They went with a group of friends to the drive in. Jerry and Mary were married on May 11th, 1963, at Sacred Heart Catholic Church in Murdock. They celebrated their marriage with their families and friends. Eventually they moved to Coon Rapids to start their own family. They had three children: Tim, Tom and Theresa. Their family was growing, and they decided to move to a bigger house in Andover. This is where they planted their roots and watched their children grow.

Jerry spent many years installing windows and doors; but found his true passion in 1977 with the Andover Volunteer Fire Department. He spent the next 17 years fighting fires and responding to emergency calls in the Andover area. He met some of his best friends on the fire department. Even after his retirement he always enjoyed getting together with the guys for a Saturday morning breakfast at Pappy’s.

It’s time to say goodbye to Jerry for now.  He has touched the lives of so many and will be dearly missed.

Visitation and Rosary starting at 10:00 a.m.

Luncheon in the Social Hall after Mass of Christian Burial.