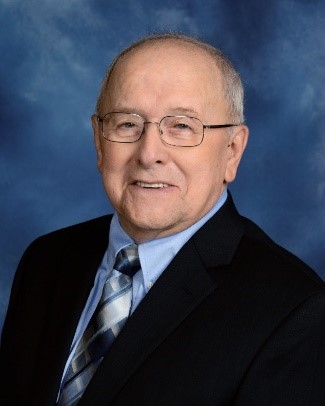 Frank F. Hellmann, 86, of Coon Rapids, Minnesota passed away peacefully with family by his side, on Wednesday, November 3rd, 2021.

He entered this world in rural Barron County, Wisconsin on April 22nd, 1935, the third of seven children born to Frank and Elizabeth (Willems) Hellmann. In his growing up years, Frank learned the value of hard work, importance of family and friends, and developed a lifelong faith in God and prayer. Being the oldest son on a dairy farm he often shared many memories of the happy home he was blessed with. Frank graduated from Barron High School in 1953 and shortly after enlisted in the Army National Guard. After his discharge he worked in various farming related jobs before moving to Minnesota, working as a welder with the Boilermakers Union, until his retirement in 1995.

In 1958, Frank married Jeanne Feidt and they later divorced. Through this union was born four children, Mary, Chris, Karen, and Frank. In 1971, Frank married Fern (West) Erickson and he opened his heart to three more daughters, Sandi, Sharon, and Debbie. Through the years he unconditionally loved everyone that was added to his growing family. In his younger years, some of his favorite hobbies were hunting coon, fox, and deer. Frank and Fern enjoyed snowmobiling, traveling in their motor home and fishing for walleye and muskie whenever he could. To keep busy in his retirement he spent many hours volunteering, generously sharing his time and resources with others. He enjoyed researching family genealogy and with everyone’s help kept the family tree updated the best he could. In 2010 they moved to Real Life Coop, and he enjoyed working in the woodshop and making many new friends there. All who knew Frank will remember his great sense of humor. He loved making people laugh with his jokes and funny stories. And of course, his favorite sports team was the Green Bay Packers. Living in Minnesota he patiently endured the ribbing of those who he suspected were secretly a Packer fan too!

Frank lovingly cared for Fern in her final years and was left heartbroken after her passing in August of 2012. As Frank’s own health declined his children were blessed to care for him and return some of the love, he so unselfishly shared with them. He lived his last seven weeks at Maple Woods in Deer River, Minnesota where he was given kind and compassionate care. Frank fought many hard battles during his lifetime, seldom complaining of his trials. He finished his earthly journey looking forward to his new Heavenly home.

Those gone on before him are his wife Fern, daughter Sharon Ayshford, and a grand baby Kevin Knutson. Also, his infant sister Mary, sister Bernie Roux, brother Paul Hellmann and his parents.  Thurston-Lindberg-DeShaw Funeral Home, Anoka