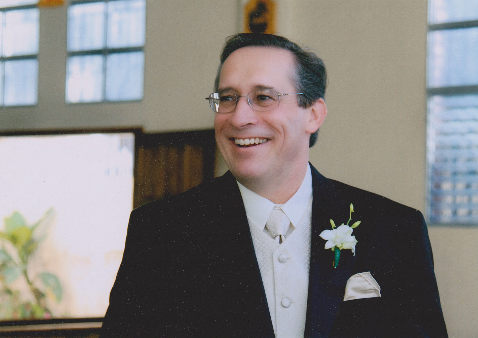 Dr. Guy William Miller of Isanti, died August 13, 2017 at Mayo Clinic Health System in Mankato, MN.  He was born on January 10, 1960, to Lyle Norval Miller and Shirley (Holding) Miller of Topeka, KS.  He attended Auburn Grade School, Auburn, KS and Washburn Rural High school in Topeka, KS.  Then he went on to study and graduate from Kansas State University in Manhattan, KS, with a PhD in Anaerobic Microbiology.  After working for years in private industry, in 1997 Guy founded BioMatrix International, based in Princeton, MN, which has been an industry leader in developing natural animal feed products, domestically and internationally for the past 20 years.

In addition to being a scientist and an entrepreneur, Guy was a humanitarian.  His deep love of God showed in his genuine love and concern for whomever he encountered –  family, friends, customers, employees, clergy, orphans, and homeless.  In 2007, on a humanitarian medical mission trip to Honduras, Guy met his love and future wife, Mariela.  They were married in Tegucigalpa, Honduras, on December 6, 2008.

Some of his many personal interests included playing golf, fishing with his son, collecting and restoring cars, making soap, and baking a variety of treats for friends and family.  He was an avid reader, and enjoyed music of all genres.  He will be remembered for his kind and gentle heart, his passion for helping others, his determination to strive for excellence professionally and personally, and his love for the poor.

For years, Guy and his family supported homes for the elderly and for impoverished girls in the countries of Honduras and Guatemala.  Guy and Mariela were in the middle of an adoption process of an 8 month old Honduran girl (Victoria Marie), whom Guy and Mariela were already dreaming of bringing her home.  Memorial checks can be written to Mariela Miller-Velasquez to continue Guy’s support of these charities.

Online condolences can be placed at StrikeLifeTributes.com.