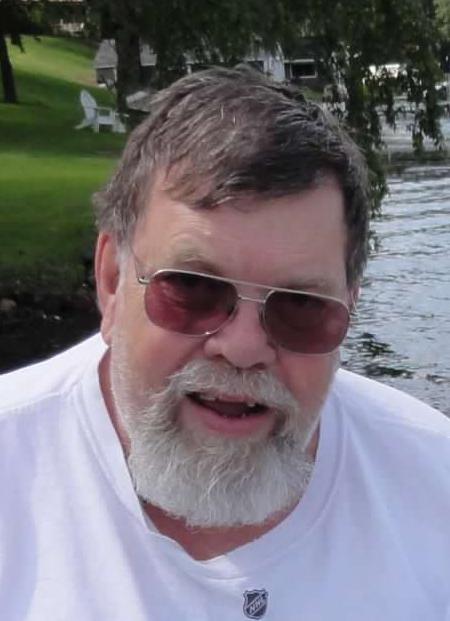 Dennis Allan Bernstrom of East Bethel, MN returned to his Heavenly home on April, 28, 2022 at his home on Coon Lake. Dennis was born on August 21, 1947 in Minneapolis, MN and was the youngest of three children. He grew up loving sports and playing hockey as a goalie for Roosevelt High School.

After high school, Dennis felt a call to duty and served in the United States Coast Guard for 2 years during the Vietnam Era. After his service to his country he was called to serve his community as a Minneapolis Police Officer from 1968 – 1996. After retiring as a sworn officer he continued his civil service as a Forensic Scientist Fingerprint expert until 2012.

During his rookie year as a police officer he met, fell in love with and married the love of his life, Bonnie. Although their courtship was quick and many said it wouldn’t last, they celebrated 52 years together and built a life with their three children: Patrick, Bridget and Molly on Coon Lake.

His love of family was most important to him and he sacrificed everything to ensure they wanted for nothing. He loved fishing, golfing, and spending time on the lake with family and friends. He was very proud to be called father & grandfather, considering them his greatest accomplishments. He was a cherished husband, father, grandfather, brother, uncle and friend.

He is preceded in death by his parents Einar and Lydia Bernstrom, brother Robert and sister Lillian.

Visitation and Rosary starting at 10:00 a.m.