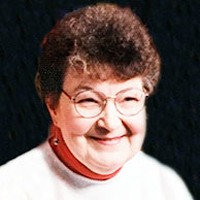 Alice ‘Tinky’ Virginia (James) Brletich, age 85, passed away January 28, 2017. She was born in Hibbing on September 10, 1931 and lived in various cities: Keewatin, East Bethel, Coon Rapids, and Anoka. She worked as a nurse at Mercy Hospital for many years, and was a past Auxiliary President of the Keewatin VFW and a life member of the Coon Rapids VFW. Preceded in death by husband, John; son, John Jr; parents, John and Anna James; sister, Loretta Johnson; and brothers, Brad and Harvey James.

After burial, a luncheon will be served at the VFW in Coon Rapids.